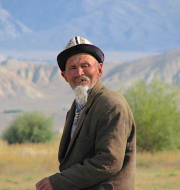 On this exciting travel adventure of Central Asia, the "Five Stans," participants explore not only the classical Silk Route but also venture into small off-the-path villages for a glimpse of rural life. Includes: Uzbekistan, Turkmenistan, Tajikistan, Kyrgyzstan, Kazakhstan plus The Autonomous Republic of Karakalpakstan. Pre-Tour to The Caucasus and Post Tour Extension to China's Silk Route also available.

On this exciting travel adventure of Central Asia, the "Essential Silk Route," participants explore not only the classical Silk Route but also venture into small off-the-path villages for a glimpse of rural life. Includes: Tajikistan, Uzbekistan, Kyrgyzstan. 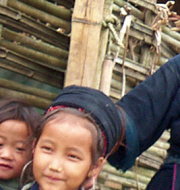 Post Tour Extension to our Central Asia Five Stans Tours.
The adventure continues from Almaty with a flight to Ürümqi, the capital of the Xinjiang Uyghur Autonomous Region in the far northwest of the People's Republic of China. We venture to China's major Silk Route trading posts including Turpan, Kashi and Tashkurgan. The tour also visits ancient picturesque villages and enjoys stunning landscapes.

Central Asia, the “Five Stans” (Kazakhstan, Krygyzstan, Tajikistan, Turkmenistan and Uzbekistan) may also be referred to as the “Land of the Caravans.” Central Asia stands at the heart of the Silk Route. It encompasses a vast range of landscapes from the deserts of Turkmenistan and the steppes of Kazakhstan to the stunning mountains of Kyrgyzstan.

The silk road trade routes had a wide ranging impact on many cultures. They opened the lines of communication and trade between previously isolated societies resulted in rich diversity and significant cultural growth well documented in the regions history. The Central Asia region is famous not only for the many branches of the silk route that ply within, but also as the birthplace of great empire builders such as the Moghuls and Tamerlane.

Experience an exciting journey back in time. Join our small group tour as we travel the Silk Road trade routes where participants will not only follow the historic route traveled by the caravans but will also venture into small off-the-path villages for a glimpse of rural life.

Continue with travel on China’s Silk Road tour. The Silk Road was an ancient network of trade routes that connected the East and West. It was central to cultural interaction between the regions for many centuries. The Silk Road derives its name from the lucrative trade in silk, beginning in the Han Dynasty (207 BCE-220 CE).

In June 2014, UNESCO designated the Chang’an – Tianshan corridor of the Silk Road as a World Heritage Site.

what our clients say