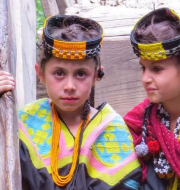 Our Pakistan tour has options to visit both the North and the South of Pakistan in one ultimate Pakistan tour. Or visit only North Pakistan or only the South. 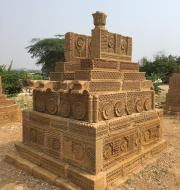 Pakistan is the site of some of the earliest human settlements, home to an ancient civilization rivaling those of Egypt and Mesopotamia, and the crucible of two of the world's major religions, Hinduism and Buddhism, both of which have their roots in the subcontinent. 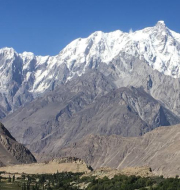 Embark on an exciting journey to North Pakistan. Visit remote villages in the Hindukush Mountain Range. Travel over the Shandur Pass to Gilgit–Baltistan and the much renowned Hunza valley, enveloped in the grand Himalayas and the Karakoram mountain ranges. Also tour Islamabad and Peshawar. No trekking or camping. 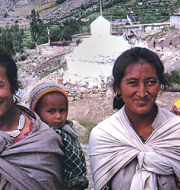 Ancient Cultures of the Indian Himalaya

Experience ancient Buddhist cultures and unique ancient tribal cultures amidst the dramatic beauty of the arid, snowcapped Indian Himalaya on this small group tour. Visit remote traditional villages in the regions of Spiti valley and Kinnaur. 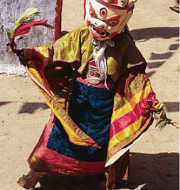 Travel through Ladakh and the Nubra Valley visiting remarkable monasteries and small traditional villages. Attend two days of the Hemis Festival. Enjoy immersion with the local people and interaction with the monks.

Our tour begins with 3 days in Srinagar, Kashmir while staying on a deluxe houseboat. Then travel through Ladakh and the Nubra Valley visiting remarkable monasteries and small traditional villages. Attend two days of the Ladakh Festival. Enjoy immersion with the local people and some interaction with the monks. 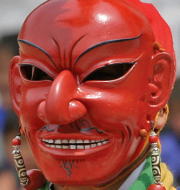 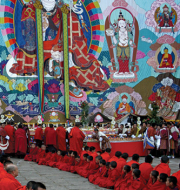 Immerse yourself in the culture of Bhutan. Enjoy the Thimphu Tsechu Festival as well as the Gangtey, Wangdue and Bumthang Tsechus (festivals). Learn about Bhutanese art, and tour the magnificent Himalayan countryside.
Continue on our Tibet tour afterwards.

Attend Bhutan's Crane Festival in the alpine wetland valley of Phobjikha; the most significant wintering ground of the rare and endangered Black‐necked cranes in Bhutan. The festival celebrates the arrival of the black-necked cranes that become part of the locals' daily lives during the winter months. This is an event for the locals and pilgrims foremost, and a few tourists who join them. 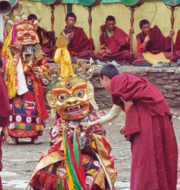 Treasures of Tibet with Nepal

Experience the colorful, fascinating Tibetan culture as we explore the towns of Lhasa, Gyantse and Shigatse. The Tibet tour starts with 4 days in Nepal where we tour Pashupatinath, Swayambhunath, Bouddhanath, Patan, Bkaktapur and attend the Dakshinkali ritual. The Tibet tours follow the Bhutan Tours.

The Himalayas have long been a physical and cultural divide between South and Central Asia. They form the northern rampart of the subcontinent, and their western ranges occupy the entire northern end of Pakistan, extending about 200 miles (320 km) into the country.

Spreading over Kashmir and northern Pakistan, the western Himalayan system splits into three distinct ranges, which are, from south to north, the Pir Panjal Range, the Zaskar Range and the Ladakh Range. Farther north is the Karakoram Range, which is a separate system adjoining the Himalayas.

The Himalayan mountain range in South and East Asia separates the plains of the Indian subcontinent from the Tibetan Plateau. It occupies a large part of Tibet Plateau and consists of four mountain ranges from south to north, namely the Himalayas, the Gangtise – Nyenchen Tanglha, Karakoram Range – Tanggula Mountains, and Kunlun Mountains.

The Pakistani Himalayas are located south and east of the Indus River, which originates close to the holy mountain of Kailash in western Tibet, marking the range’s true western frontier. The river enters Pakistan from India, flowing northwest to Skardu.

The high mountains of northern Pakistan comprise the western section of the Hindu Kush-Karakoram-Himalayas (HKH) region of South and Central Asia.

The Karakorams are part of a complex of mountain ranges at the center of Asia, including the Hindu Kush to the west, the Pamirs to the northwest, the Kunlun Mountains to the northeast and the Himalayas to the southeast. The borders of Tajikistan, China, Pakistan, Afghanistan and India all converge within the Karakoram system, giving this remote region great geopolitical significance.

The range has many of Earth’s highest peaks, including the highest, Mount Everest, at the border between Nepal and China. The Himalayas pass through India, Pakistan, Afghanistan, Nepal, Tibet, China and Bhutan.