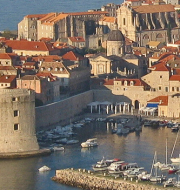 Historic Villages of the Adriatic

Journey to Slovenia, Croatia, Bosnia and Montenegro to explore historic sites and picturesque traditional villages along the coast of the crystal blue Adriatic. The tour ends in Tirana, Albania. (18 days). Option to join Slovenia-Croatia only, 11 days. 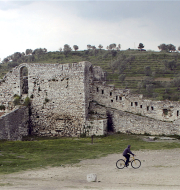 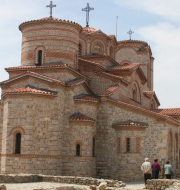 We start in Sarajevo, Bosnia and travel to Montenegro, then through Albania to Macedonia, Kosovo and Serbia, visiting charming villages, open air museums and ancient monasteries. 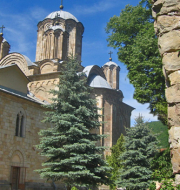 The Comprehensive Balkans tour starts in Ljubljana Slovenia and travels through Slovenia and Croatia, Bosnia, Montenegro, then through Albania to Macedonia, Kosovo and Serbia, visiting charming villages, open air museums and ancient monasteries. You can add a post tour to Bulgaria to complete the Balkans tour experience.

The vast cultural and ethnic diversity of the Balkans region, combined with its history and natural beauty, offer travelers an immersion into old world Europe which is no longer found in the West.

Albania is perhaps Europe’s most undiscovered gem. A former enclave of the Ottoman Empire, this country is just emerging from its medieval existence under a very strict Communist regime. In the heart of the Mediterranean, on the Adriatic and Ionian Seas, Albanian travel offers something increasingly rare in Europe these days: a glimpse into a culture heritage that is all its own. On one of our small group guided tours enjoy beautiful pristine beaches, charming towns, dramatic mountain citadels, and fascinating Ottoman cities such as ancient Berat (recently added to the World Heritage List).

The countries of the former Yugoslavia are ethnically, geographically, and religiously diverse; a fascinating and strikingly beautiful region to visit. From the turquoise waters of the Adriatic coastline of Slovenia, Croatia and Montenegro to the rugged mountain interiors of Bosnia-Herzegovina, Serbia, Macedonia and Kosovo, Balkans travel will not disappoint. With our knowledgable guide visit mosques and monasteries, Roman ruins and Ottoman fortresses, all the while connecting with friendly locals in charming, bustling villages.

Travel to the Balkans on one of our fabulous small group Balkans tours or create your own custom journey with the help of our expert Balkans and Albanian travel specialists.

what our clients say