Historic Villages of the Adriatic

Historic Villages of the Adriatic Tour

The Balkans tour, including Slovenia, Croatia, Bosnia and Albania, travels through some of the most beautiful old cities of the Balkans covering the rich cultural heritage of the Adriatic Coast. The tour ends in Tirana, Albania.

Our journey begins with arrival in in Ljubljana, Slovenia with a stay at beautiful Lake Bled. We visit the amazing Postojna Cave, a network of 20 kilometres of passages, galleries and chambers. It is the largest cave in the “classic karst” and the most visited show cave in Europe with more than 31 million visitors in the last 188 years.

This outstanding tour of the Balkans continues as we cross the Istra Peninsula with visits to several old towns including Porec (a 2nd Century BC Roman encampment) and the Italian-speaking fishing village Rovinj. In Croatia the tour visits the spectacular Plitvice Lakes National Park; Zadar, the ancient capital of Dalmatia and a typical Venetian old town with a variety of architectural styles, Šibenik and Trogir, two of the loveliest towns on the Dalmatian coast, where several hundred inlets spread out to the open blue sea; and Split home to Diocletian’s Palace, one of the most outstanding samples of classical architecture in the world.

A short ferry ride takes us to the fascinating Island of Hvar and smaller island of Korcula. Next is a visit to the old walled city at the heart of Dubrovnik. The tour of the Balkans continues with a drive to Sarajevo, capital of Bosnia and Herzegovina and magical Mostar.

Traveling along the coast to Montenegro, we enjoy visits to Kotor, the old mountain village Njegusi and Budva. The tour culminates as we cross the border into Shkoder, Albania, the Illyrian capital in the 3rd Century BC and arrive in Tirana, the capital of Albania.

Tell your friends with our “Share This” feature on the top of this page. 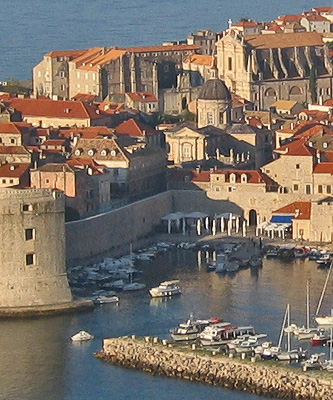