North African Mystique.
Our Algeria tour is an amazing experience of beauty, ancient sites and intrigue.

Algeria is a vast country of breathtaking scenery, well-preserved Roman ruins, pre-historic cave paintings and a strong Berber culture. Our Algeria tour will take you from the sweeping shoreline to the majestic mountains, through the huge wilderness of the Sahara desert into the palm-fringed oases.

Stroll the UNESCO World Heritage site of the Casbah, the old walled city and a masterpiece of architecture. The Casbah remains one of the world’s most mythical labyrinths.

Of course the Algeria tour visits the Bardo Museum (housed in Moorish-style villa) containing some of the masterpiece mosaics found in various archaeological sites.

Some additional highlights include the Roman ruins of Timgad, the former Roman port of Caesarea, the oases town of Bou Saada and the Kasbah of Algiers. We do not forget the marvelous city of Constantine, the city of gorges and bridges!

This fascinating tour offers the experienced traveler an alluring blend of art, history, culture and scenery.

Travel to Algeria, soak up the history and meet the diverse people who make this country so exotic.

Explore the amazing pre-historic rock art and cave painting in Tassili n’Ajjer, a national park in the Sahara Desert located on a vast plateau in southeastern Algeria ( at the borders of Libya, Niger and Mali). 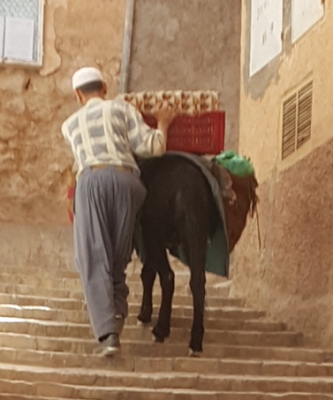