The Persian Gulf States tour of Bahrain, Kuwait and Qatar (Doha) is a quick romp through the Gulf States that covers all the highlights.

Join the Gulf States tour as a post-tour to the Arabian Peninsula Tour or  the Saudi Arabia tour.

NOTE: The World Cup will be in Doha in November 2022 during the period we would be. Therefore, for this year only, we have changed the sequence to have Gulf States as a pre tour to Arabian Peninsula rather than a post tour. Normally the line-up is Bahrain-Kuwait-Qatar. But there are not any direct flights from Doha to Dubai, so the line-up for 2022 is Qatar-Kuwait-Bahrain. And an excellent flight schedule to Dubai. The itinerary sequence on this web page has not been changed. The changes are reflected on the detailed itinerary pdf. The 2023 tours will be our usual sequence, post Arabian Peninsula tour.

From our Arabian Peninsula tour  it is a short direct flight from Abu Dhabi to Bahrain and from and our Saudi Arabia tour, a short flight from Jeddah to Bahrain.

On the tour of Bahrain, explore the old town of Muharraq, Shaikh Ebrahim Center, the Grand Mosque.

Other highlights are the Bahrain Fort and the village of Al-Jasra. Enjoy visits to Bahrain villages to see pottery and archaeological burial mounds sites. See the First Oil Well.

Tour the exciting Bahrain International Circuit. In addition, visit the Tree of Life – an Acacia tree that has survived for more than 400 years in the middle of the Bahrain desert without any water supply.

The Kuwait tour includes a visit to Kuwait’s most famous landmark, the Kuwait Towers.

In Kuwait visit excellent museums, the Tareq Rajab Museum, a private collection of the Rajab family and the Modern Art Museum of Kuwait, a hidden treasure.

Most importantly are the opportunities to meet Arab people and observe life in the Arab countries up-close.

This is an epic journey across the intriguing Persian Gulf States. 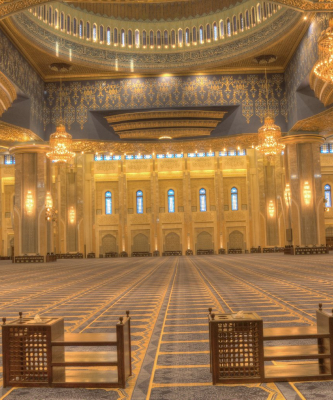