Discover the beauty and charm of the Baltic States! Our Baltic States tour travels to Estonia, Latvia and Lithuania. Each Baltic States country has its own distinctive cultural tradition and historical heritage.

Once part of the Soviet Union, the Baltic States were among the first to break away in 1990-91. Today these countries are proud members of both the European Union and NATO. Prior to World War II, Finland was occasionally deemed the fourth Baltic state by Nazi Germany.

The tour begins with arrival in Tallinn, Estonia, the oldest capital in Northern Europe. Tallinn’s Old Town is on the list of UNESCO World Heritage Sites.

An enjoyable short drive brings us to the charming town of Parnu, a well known Estonian resort. Parnu is a Hanseatic city, a harbor as well as a university city.

Next, we travel to Riga, capital of Latvia. Riga is also a medieval Hanseatic city. We explore the quaint old town, the impressive architecture and pleasant small museums. The tour includes an excursion to Jurmala, one of the authentic old world resort towns complete with curative waters and mud baths.

On the way to Vilnus, we visit Klaipeda, often called “Gateway to The Sea” because it is the main seaport of Lithuanian State.

In Vilnus, capital of Lithuania, we enjoy gothic architecture, castles and the cathedral that occupies the site of an ancient pagan temple to the God Perkunas.

Optional Pre Tour to Helsinki. Take ferry by high speed catamaran to Tallinn, Estonia to meet up with rest of group. 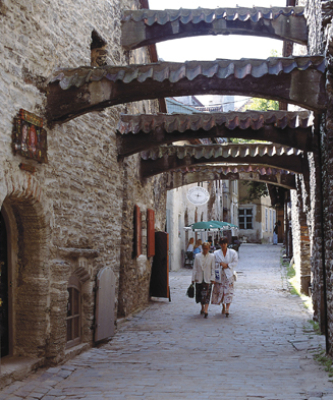