Belarus, Ukraine and Moldova Tour is a wonderfully diverse exploration of these former Soviet countries.

Original World Travel offers an in-depth immersion of the important historic and cultural cities of Belarus.  Highlights include the marvelous capital Minsk and the cities of Vitebsk (where Chagall was born and lived), the historical cities of Polotsk and Brest.

Belarus is located in the geographic heart of Europe. Our tour starts with arrival in Minsk, capital city of this ancient Slavic country. After our wonderful exploration of Belarus, a drive from Brest takes us across the Ukraine border and into enchanting L’viv.

Located in south-eastern Europe, Ukraine is the second largest country of the continent after Russia, but one of the least-known. Enjoy the delights of L’viv, Kiev and Odessa. We now include an excursion to Chernobyl.

A short pleasant drive from Odessa brings us to Chisinau, capital of Moldova. Shortly after crossing the border, we arrive into Transnistria, the self-proclaimed Republic that no other nation recognizes except Russia.

Moldova is a very small country, north of the Balkans, surrounded by Romania to the southwest (across the Prut River) and Ukraine to the northeast.

During the tour of Moldova we enjoy a delightful exploration of Chisinau’s  historic, architectural and cultural sites. Embark on day excursions to surrounding villages. Appreciate the beauty of the countryside, meet the local people and taste their fabulous wines!

Moldova is fairly new to tourism, so you will be among the first to catch a glimpse of traditional lifestyle still at the crossroads with modernity.

Because our tour employs highly educated local guides, our travelers have the best experience! You gain the educational aspect as well as the personal insight on life in these former Soviet countries, before and since independence. 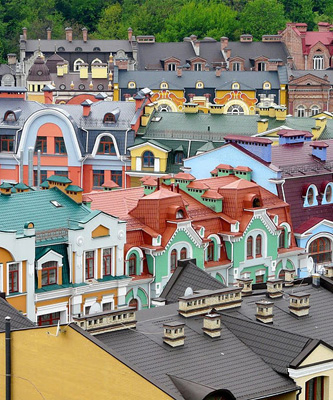 Colorful Kyiv: Jewel of the Ukraine