Now including the Autonomous Republic of Karakalpakstan

On this guided small group tour you will not only visit the fascinating cultural highlights of the “Five Stans,” you will also venture off the usual tourist circuit for insight into rural lifestyles in sleepy provincial towns and quaint villages.

The tour begins in Ashgabat, Turkmenistan. Additionally, we visit the archaeological site of Old Nisa, once the capital of the Parthian state. It was a flourishing city between the 3rd century BC and the 3rd century AD.

Embark on an excursion to the ancient site Merv, conquered by Alexander the Great. From the 11th century, Merv was the capital of the Seljuk Turks. They controlled an empire stretching from Afghanistan to Egypt. In the 13th century Merv was destroyed by the Mongols leaving only the ruins of these numerous civilizations.

Other tour features include the exquisitely tiled madrassas (places of learning) and mosques of Samarkand, Bukhara and Khiva.

One very unique highlight of our Silk Route tour is a visit to the Autonomous Republic of Karakalpakstan. Karakalpakstan occupies the whole northwestern end of Uzbekistan. It is mostly desert and located near the Aral Sea. 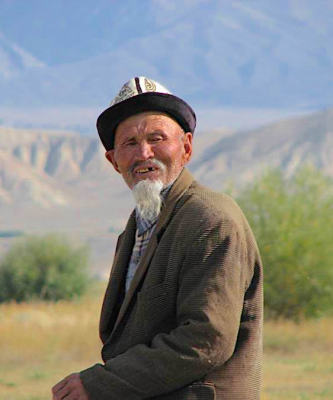