The adventure continues on our China Silk Route tour. We fly from Almaty to Urumqi, the capital of the Xinjiang Uyghur Autonomous Region in the far northwest of the People’s Republic of China.

The tour visits all the important sites on China’s Silk Route.  We start with Xinjiang Regional Museum to see archaeological treasures from the Silk Road and Xinjiang’s minority cultures.

Afterwards, visit picturesque Hong Shan Park which contains a 1391-meter-high mountain. The temple lying on the hilltop is called Yu Huang Ge (“Chamber of Heavenly King”) and is said to have been built during the Tang Dynasty (618-907 A.D.)

From Ürümqi, we drive to Turpan, also known as Turfan or Tulufan, a prefecture-level city located in the east of Xinjiang, People’s Republic of China.

We will go inside the Astana Tombs to see well preserved mummies and unique wall paintings dating to 1 AD.

Next, we visit the Bezeklik Thousand Buddha Caves on the flanks of the Flaming Mountains. There are 67 caves dating from 317 to 1368. Bezeklik was an important center for Buddhist worship. These are superb murals many depicting Buddhist Sutras and Jatakas which were the part of Hinayana and Mahayana beliefs.

The tour continues to Kashgar, officially known as Kashi, an oasis city in Xinjiang. It is one of the westernmost cities of China, located on the border near Afghanistan, Kyrgyzstan, Pakistan and Tajikistan.

Kashi served as a trading post and strategically important city on the Silk Road between China, the Middle East and Europe. Its’ history stretches over 2,000 years. Located historically at the convergence point of widely varying cultures and empires, Kashgar has been under the rule of the Chinese, Turkic, Mongol, and Tibetan empires. Today it’s known for the Kashgar Sunday Bazaar, a daily market crammed with pashminas, spices, fur caps and more. Another major site is the 15th-century Idkah Mosque, which can house up to 20,000 worshipers.

We embark next on an excursion to Tashkorgan via the famous Karakoram highway. Tashkorgan is the last town before the Pakistani border. Major caravan routes converged here. Tashkurgan is where the Kunlun, Kara Kunlun, Hindu Kush and Tian Shan mountains come together. It is connected to the Wakhan Corridor now in Afghanistan, to the Pamirs now in Tajikistan and the upper Hapta-Hindu now in Pakistani-administered Kashmir.

The Kunlun Mountains are an eastern stem of the Pamirs. It is the eastern-most surviving Aryan enclave today. Its’ people are the only group within China that speak Sarikoli, a South-eastern Iranian language related to Avestan and Sanskrit.

The Chinese Buddhist pilgrim and Silk Road traveler Xuan Zang stopped over here in the seventh century, a time when, as now, it was the last outpost of Chinese rule.

Today, Tashkurgan has a peculiar atmosphere. The native population is mainly Tadjik, but there are also groups of Han Chinese, thousands of miles from home, as well as intrepid Pakistanis setting up shops outside their country.

Enjoy fantastic views of the mountains and the surrounding grasslands as we visit nomadic Kyrgyz ethnic people, who still live in felt yurts. We also visit the traditional Uygur village Opal. 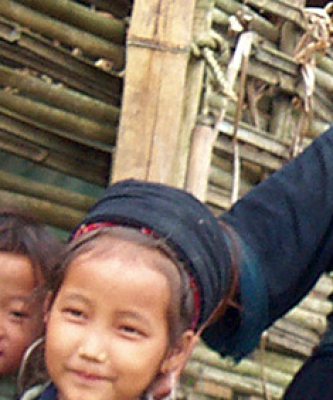 No Photos for Gallery