The Comprehensive Balkans tour is our Historic Villages of the Adriatic and Albania through Serbia Tours Combined.

Our  Comprehensive Balkans small group guided tour takes you through some of the most beautiful old cities of Central and Eastern Europe. It covers the rich cultural heritage of Slovenia, Croatia, Montenegro, Bosnia and Herzegovina, Albania, Macedonia, Kosovo and Serbia.

Our tour begins with arrival in Ljubljana and beautiful Lake Bled. We explore Bohinj Valley and the lake Bled villages.

Next, a short  journey to Piran (a medieval pirate town). Here we visit the famous Postojna Caves en-route.

The tour then enters Croatia crossing the enchanting Istra Peninsula. During the drive we visit quaint picturesque villages. We continue with a delightful visit to Opatija, the oldest and still one of the most popular of the Croatian resort towns.

Next is the spectacular Plitvice Lakes National Park. One must take a walk on the path through the park to truly appreciate its’ beauty! Sixteen lakes, each at different levels, join each other in a series of cascading waterfalls. Surrounded by dense woods, the region (on UNESCO’s List of World Natural Heritage sites), is a natural phenomenon of rare and unique beauty.

We explore Zadar, the ancient capital of Dalmatia and a typical Venetian old town with a variety of architectural styles. Enjoy a guided walk around the old part of Split home to Diocletian’s Palace, one of the most outstanding samples of classical architecture in the world.

A pleasant ferry ride to Hvar Island and after a visit here, another short ferry to Korcula island. Here we can observe traditional life in the beautiful cobble stoned villages of the island.

Another 20 minute ferry ride to Orebić, on the Pelješac Peninsula. We will drive through the charming peninsula, stopping for wine tasting. Onward to the oyster farm for a demo of oyster farming techniques and a marvelous tasting of the freshest oysters ever.

What tour of the Balkans would be complete without the beautiful old walled city at the heart of Dubrovnik! Join the guided walking tour in the morning. In the afternoon, you will enjoy an abundance of independent time to wander and soak up the ambiance.

We arrive in Sarajevo, capital of Bosnia and explore historic Sarajevo and magical Mostar.

Continuing along the Adriatic coast to Montenegro, we tour Kotor. Then onward to the old mountain village Njegusi with its well preserved traditional folk architecture. Continue to the beautiful town of Cetinje and the coastal town Budva, one of the oldest inhabited places in the area.

The Balkans tour continues to Albania’s historical attractions influenced by the Greeks, Romans, Italians and Turks.

Our tour ventures into the scenic, historic and culturally interesting cities of Macedonia  including Ohrid and Skopje. Next we cross the border into Kosovo to visit Prizren and Peja (Pec).

Crossing the border to Serbia, the tour visits to Novi Pazar, Mt Zlatabor and culminates in Belgrade.

Our Balkans tour includes visits to UNESCO World Heritage Sites and the best of the museums as well as visits to traditional picturesque villages. 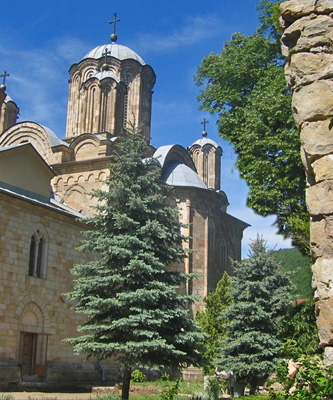