Arrive in Bastia to join the Corsica and Sardinia tour.

The wealth of Corsica lies, undeniably, in its rare natural heritage of sea mountains. Enjoy the towering red granite Calanche de Piana cliffs that fall steeply down to the sea. They are the jewels of an astonishing sculpted landscape.

Visit Corsica’s classified sites and nature reserves, including many listed as World Heritage by UNESCO. These sites offer endless beauty, charm and delights!

Continue on the Sardinia tour via a 50 minute ferry from Bonifacio to Santa Theresa.

Long uninhabited, despite its ancient geological origin, Sardinia has preserved its own freshness, capturing the admiration of many who are irresistibly attracted by the geographical position.

Located in the heart of the western Mediterranean, Sardinia has had many cultural influences: the Phoenicians followed by Carthaginians, the Romans, the Byzantines, the Spanish and the Piemontese.

Experience the beauty and charm of these Mediterranean islands on our Corsica and Sardinia tour, as we learn about their fascinating history. 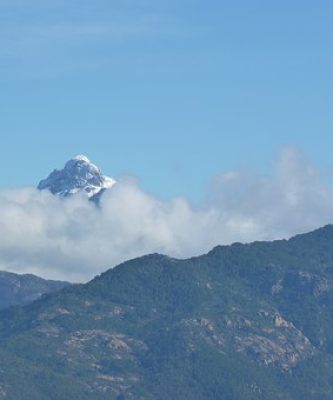