Kashmir, Ladakh and Nubra Valley with Ladakh Festival in September

Experience ancient traditions of the Buddhist Himalayan culture amidst the spectacular pristine beauty of remote regions of Ladakh in the Indian Himalaya. Attend the colorful traditional Ladakh Hemis Festival.

The Hemis festival, is one of the most celebrated monastic festivals commemorating the birth of Guru Padmasambhava, the founder of Tantric Buddhism in Tibet. The sacred dance drama of the mission of Buddhism is performed by monks wearing masks and colorful brocades robes. While, the monks dance slowly around the main tarchen (flagpole) in the main courtyard. Observe the dances and participate in ceremonies.

A morning visit to the Alchi Monastry – which is said to be the oldest and most well-known. The monastery is around 1000 years old. A temple called Dhu-Kang dates back to 11th century or 12th century and houses some of the well preserved Indo-Himalayan style magnificent wall paintings.

In addition, travel to Nubra Valley and the remote Diskit Monastery, are highlights of this very special Himalayan tour.

During your journey you will visit traditional villages and ancient monasteries containing priceless collections of thangkas, sculptures and wall paintings and enjoy meetings with the lamas and local lay people. Go where few people have gone before! 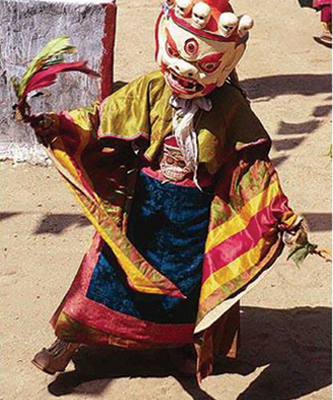