Our Sicily-Crete tours are a wonderful combination to see two Mediterranean islands with significant archaeological sites. Option to continue to fascinating Cyprus!

Sicily, the largest Mediterranean island, is just off the “toe” of Italy’s “boot.” It is separated from the Continent by the Strait of Messina and surrounded by the Ionian, the Tyrrhenian and the Mediterranean Seas.

Embark on our Sicily tour and visit its’ rich history reflected in sites.  Tour the Valley of the Temples and the well-preserved ruins of 7 monumental.

In addition, tour the Doric-style Greek temples. See the Byzantine mosaics at the Cappella Palatina, a former royal chapel in the capital city Palermo.

Crete, Greece’s largest island, is known for its varied terrain, from fine-sand beaches to the White Mountains. Mt. Ida is home to the Ideon Cave, which was the birthplace of Zeus, according to Greek mythology.

Enjoy the hospitality of local people in the villages of Chania.

Participate in an optional cooking class.

Visit The Republic of Cyprus in the southern part of the island, as well as The Turkish Republic of Northern Cyprus is the northern third. 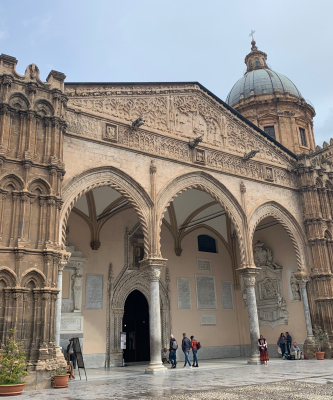