The Soul of Sri Lanka

The Soul of Sri Lanka Tour

Embark on a comprehensive Sri Lanka tour of diverse sites and activities.

Journey through history from delightful Colombo to Anuradhapura, the first capital of Sri Lanka from the 3rd century BC.

Explore this fascinating city rich in cultural heritage, arts and crafts, music and dance.  Enjoy the beauty of Kandy’s historic architecture, including ancient religious monuments still in use.

Visit Kandy’s museums and art galleries. In addition, highlights of Kandy include revered sites such as the Sri Maha Boddhi as well as the oldest historically documented tree in the world. It dates back over 2000 years.

Attend the traditional puja ceremony at Dalada Maligawa Temple, where the Tooth Relic of the Buddha is displayed. Enjoy demonstrations at the Kandyan Dance Foundation.

Our tour continues to the hill country of Nuwara Eliya. It then travels into rural villages Ella, Wellawaya and Yala.

Embark on a safari at Ruhunu National Park, a section of Yala National Park.  Its’ open undulating terrain has been known for elephants for many years. However, recently the park has received much publicity from National Geographic and the Discovery TV channel for its’ focus on a leopard research/conservation and identification project. Claims have subsequently been made that Yala National Park has the world’s highest concentration of leopard per square kilometer.

Culminate your tour of Sri Lanka at the southern tip of Sri Lanka, in the historic town of Galle. This World Heritage fortified township was an essential port of call for Chinese, Persian, Arab and Indian traders. Javanese and Sumatrans came later followed by Marco Polo in 1299 AD. 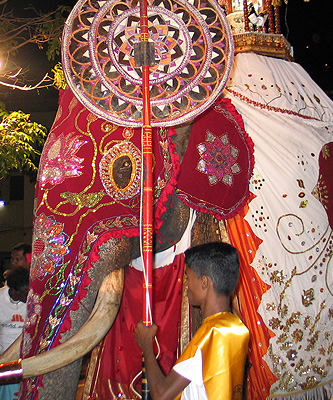