Travel to Morocco. Embark on our cultural crossroads of Morocco tour.

Visit the highlights of Marrakech, Rabat and Casablanca. In addition, visit several Berber villages. Meet the diverse people who make this country so exotic.

Like many North African towns, Marrakech (aka “the Red City”) is divided into two distinct parts. The Gueliz is the modern French-built city. The Medina is the Old City.

Explore both Islamic and Jewish cultural sites.  The mellah of Marrakech (Jewish Quarter) and the picturesque ancient Jewish city of Sefrou pre-date Fes by a thousand years.

Mingle with the indigenous Berbers in the 14th century village of Bhalil. Here the nomadic people lived in caves while searching for herbs.

An excursion to the green valley of the Ourika River with small red adobe Berber villages hanging on the slopes will enchant you.

Cross the pass of Tizi n’Tichka (2260m), the highest road pass in Morocco. Visit the UNESCO Site of Ait Ben Haddou, a well-preserved Kasbah that has been used as a backdrop for many Hollywood blockbusters.

The drives offer spectacular and diverse landscapes. Travel across the cedar forests, picturesque scenery of the Middle Atlas Mountains, the Ziz Gorge, the impressive sand dunes of the Sahara Desert and the beautiful Valley of 1000 Kasbahs.

The tour culminates in the relaxing coast town of Essaouira. The medina of Essaouira is a UNESCO World Heritage listed city, as an example of a late-18th century fortified town. 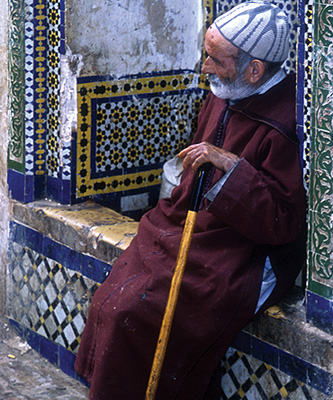